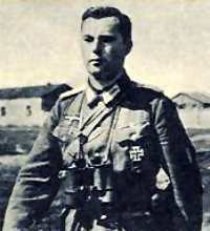 Leon Degrelle’s story is probably the most unique tale of courage and determination to come from the ranks of foreign volunteers in the Waffen SS. He worked his way up through the ranks from private to general in a very short space of time and led a distinguished career, becoming the most decorated and famous foreign volunteer in the entire German Army.

Leon Degrelle was born in 1906 in Bouillon, a small town in the Belgian Ardennes. His family was of French origin. He studied law at the University of Louvain but left University after two years. . As well as this he was also greatly interested in political science, art, archaeology and Tomistic philosophy. During this time his leadership qualities came to the fore. and it was apparent that he possessed great academic skills, having published five books and running his own weekly newspaper dealing with current issues, by the time he was twenty. He was also a devout Catholic, being an active member of Belgium’s Catholic Action Movement eventually becoming one of its leaders.

His books and newspaper became very popular winning over many people and in 1936 his Rexist party won thirty-four electoral and senate seats. This led to meetings with Hitler, Mussolini and Winston Churchill in London. He gradually became greatly influenced by Charles Maurras the French Nationalist, Italian Fascism and the German Nazi Party.

When war broke out and the Germans conquered Poland their attention turned west and to the Low Countries. Before the Belgians were beaten. Degrelle was arrested for sympathising with Hitler and endured weeks of brutal imprisonment in Belgian and French jails, eventually being released due to German intervention.

Degrelle had reservations about the Wallonian areas of Belgium being incorporated into the Reich, preferring to have an autonomous state for the French speaking Belgians and in an attempt to gain sympathy for his cause from Hitler he volunteered for the German Army in 1941 encouraging 1,000 Walloons to join in the process.

At the age of thirty-five, married with two daughters, he was an unlikely soldier. He had no previous military training at all.
In November 1941 he found himself, along with other Walloon volunteers fighting small skirmishes with the Red Army around the Donets Basin during the advance into the Soviet Union. His comrades who had supported his Rexist Party in Belgium, were surprised at the humbleness of Private Degrelle the Rexist leader, performing the lowly tasks of an infantryman and jokingly nicknamed him "Modest the First, Duke of Burgundy".

In February 1942 Degrelle got his first real taste of battle. With the German supply lines over-stretched and exposed, the Russians attempted to exploit the gaps in the German defences. The Walloons were thrust into these defensive battles including the bitter struggle for the village of Rosa Luxembourg and the defence of Gromovaya-Balka. These battles proved costly Degrelle and his Walloons, losing a third of its strength and only two of its twenty-two Officers being fit for duty. Degrelle was promoted after Gromowobajalka to the rank of Feldwebel and later on May 1st 1942 he was promoted to Leutnant for his heroic actions at Gromovaya-Balka.

Degrelle’s knowledge of tactics were somewhat dubious but his ability to lead and his unflinching courage were beyond question. He proved this time and time again during the fierce mountain warfare that his Walloons were conducting.

During the summer and autumn Degrelle was involved in numerous battles with considerable success capturing one objective after another and it was not long before his Walloon brigade caught the attention of the officers of the Waffen SS. Himmler was persuaded to incorporate the Walloons into the Waffen SS-a move which proved popular among Degrelle’s men as well as Degrelle, who saw it as another instrument for his post-war ambitions for an independent Walloon state.

In the spring of 1943 the Walloons were sent to various SS training camps and were elevated to new heights of combat prowess. In November with training complete, Sturmbannführer Luicien Lippert was appointed commander of the new 28th SS Freiwilligen Panzergrenadeir Division Wallonie with Leon Degrelle as his chief of staff.

In January 1944 Degrelle was posted to a sector near the Cherkassy salient. In January 1944 this salient was attacked by the Red Army and turned into a pocket, trapping the German Forces which included the 5 Frw. Sturmbrigade Wallonien. It was during this fighting that Sturmbannführer Lucien Lippert was shot dead outside a Mouzhik’s hovel and Degrelle himself was wounded slightly from bullets and mortar fragments. Lippert was promoted, posthulmously to Obersturmbannführer and awarded the Deutsches Kreuz in Gold. Degrelle was awarded the Knights Cross (he would later receive the Oakleaves too) for his part in the breakout of the Cherkassy Pocket by Hitler who commended him on his bravery saying "If I had a son I would want him to be like you."

Against Hitler’s wishes Degrelle returned to combat on the Eastern Front, fighting all the way back to Berlin in the face of the Russian onslaught. When the war ended he escaped Russian captivity only to be condemned to death by the new Belgian government. He eluded their grasp however by escaping to Spain and was granted political asylum by Franco’s government.
He settled in Madrid and lived quite openly for years. A visiting Belgian journalist once interviewed him and asked if he had any regrets about the war. His quick reply was "Only that we lost!" 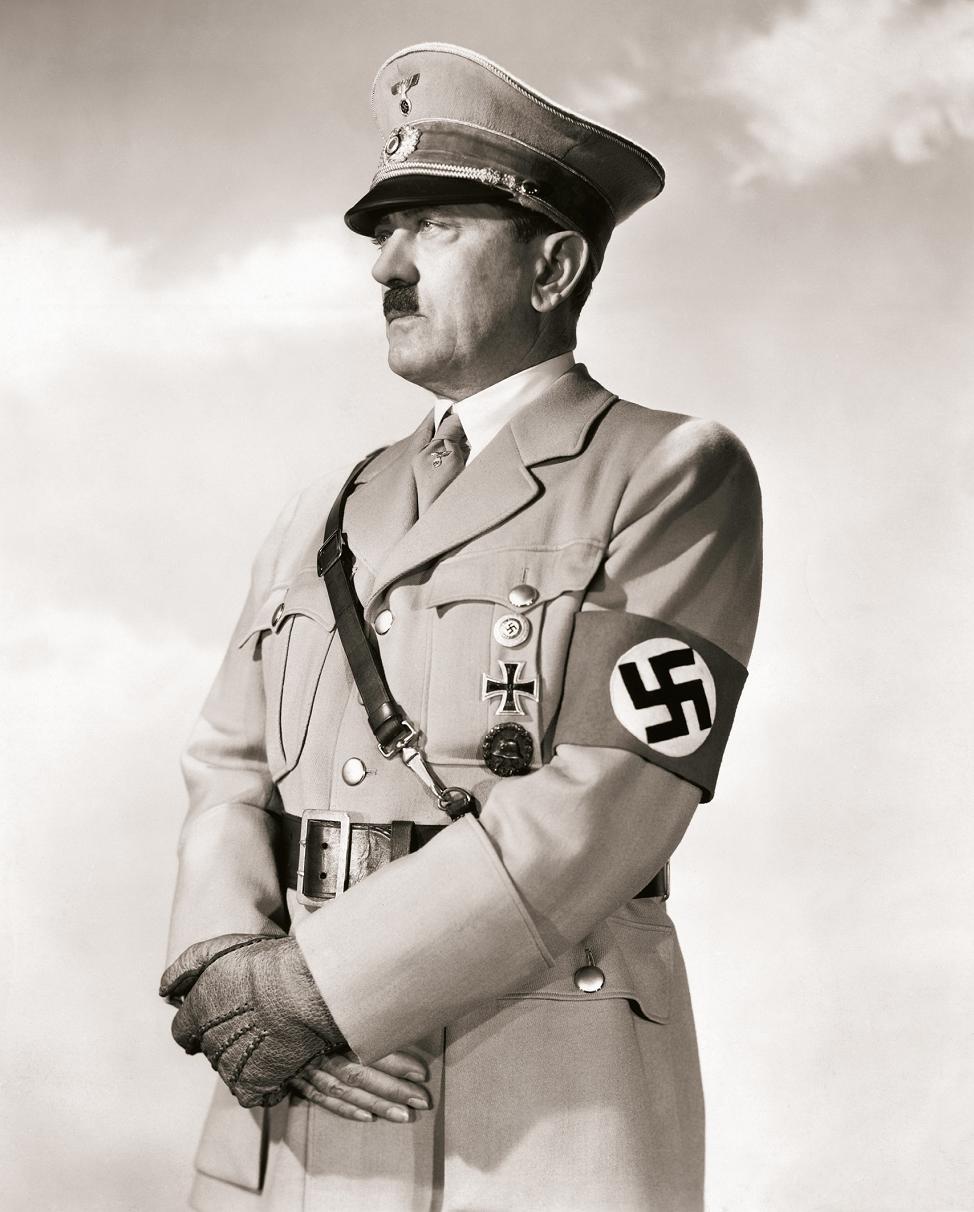